Most applications typically contain some option and function to search through them or to be able to find desired vital points inside. NeoLoad is no exception save for its usefulness in which it presents this type of feature, aptly named: flagging. Flagging an item in NeoLoad not only provides the critical information of where a particular set of characters may reside but also how many locations within a script and its sub-nodes the same parameter lies and in what context. What exactly do we mean when we say “in what context?” For example, if you wanted to look only through requests, you have the ability within NeoLoad’s flagging makeup to right-click on the desired variable. Likewise, you can also choose a variable and select flagging in responses. 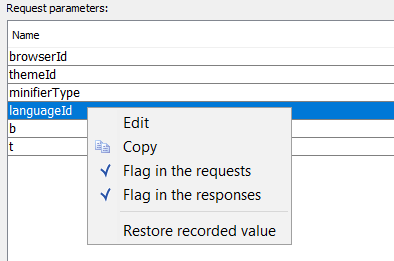 Flagging to locate variables in NeoLoad is not only a nice to have, but a necessity for any script builder as isolating all instances of a particular dynamic variable, for example, is extremely important and often a make or break of locating how a variable is created.

Often you will also need the ability to flag an item when troubleshooting a script and looking through a debugging window (checkVU in NeoLoad) and locating the origin of a particular variable as a requirement. You can select a node in checkVU -> Flag request and provide the details of the desired search string and the context you wish to find them in. 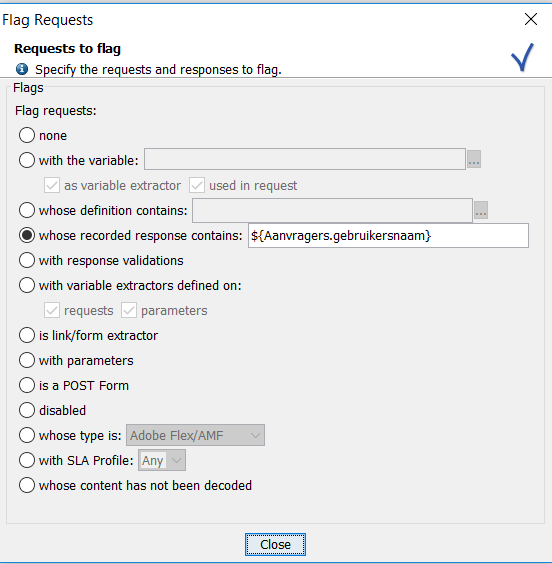 As you can see from the exhaustive list above, that flagging in NeoLoad is undoubtedly a compelling feature that’s not to be overlooked. Every option has been built to the demands of end users in the automation and software QA industry. It’s important to note here that the flagging feature in itself saves an inordinate amount of time that would otherwise require an extensive in-depth user path analysis to resolve.

The scope in which a flagging option can search is limited to a single User Path, unless, you click all the User Path’s root node and flag from there. Simply, the flagging feature is one of several powerful features in NeoLoad that saves both time and money making it easier to use than many other tools in the same space.