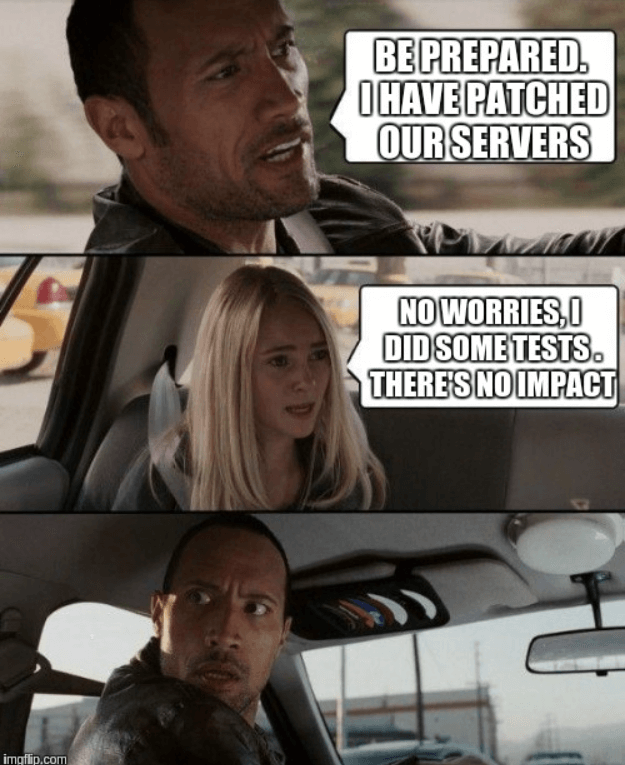 By now, you’ve probably heard about Spectre and Meltdown. In the last few weeks, there’s been many a blog on the patch topic:

As a Performance Engineer, this patch conversation does give me a little heartburn, but I know that I need to test before jumping to any conclusion. Therefore, I took one of our spare Intel Xeon W3550 servers and installed:

To test the impact of the patch, I decided to run two different test types.

Of course, those two tests will be executed before and after patch installation so that you can easily compare patch’s impact on the CPU or the end user. 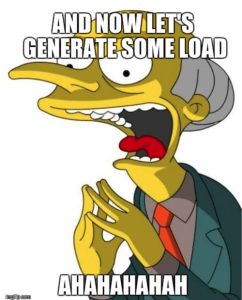 With the test complete, let’s compare the behavior of the CPU with the help of stress: 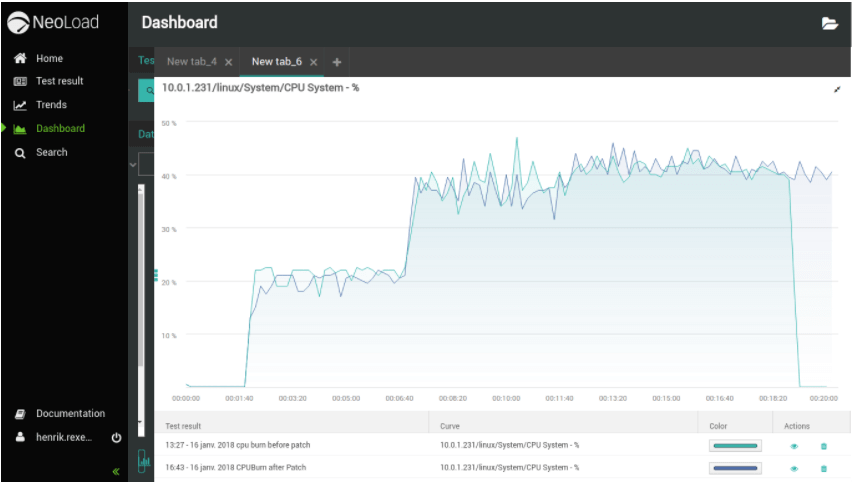 The behavior of the CPU System is almost the same after the patch. 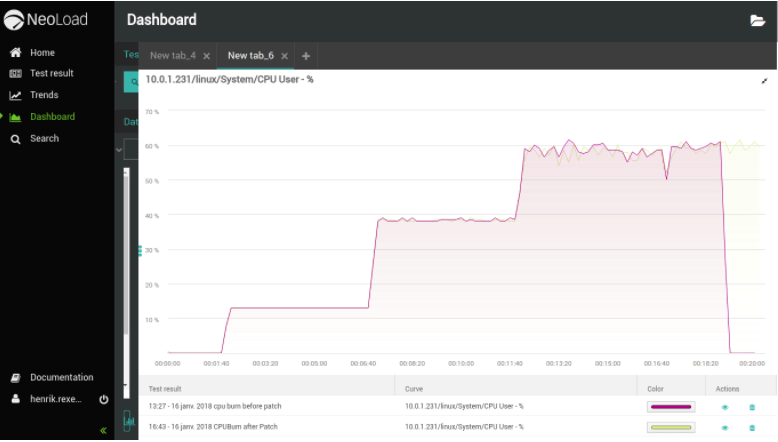 Similar to the CPU System results noted above, the behavior of the CPU user is the same. From this first test, I am not able to make any conclusion on the impact of this patch on CPU behavior.

By comparing the results before and after the test, NeoLoad is automatically providing a ratio on the expected KPI:

The response time has increased almost 10% for key transactions.

Because of the increase in response time, I am not surprised to observe fewer transactions/sec for select key transactions. The application can generate -1% transaction/sec for each transaction. 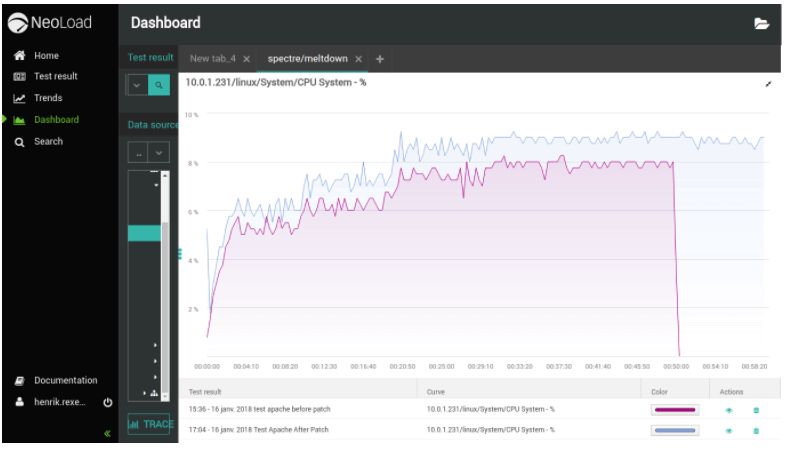 In this scenario, the patch increased the CPU System usage by 16%.

On the other hand, the CPU user (Apache) is similar: 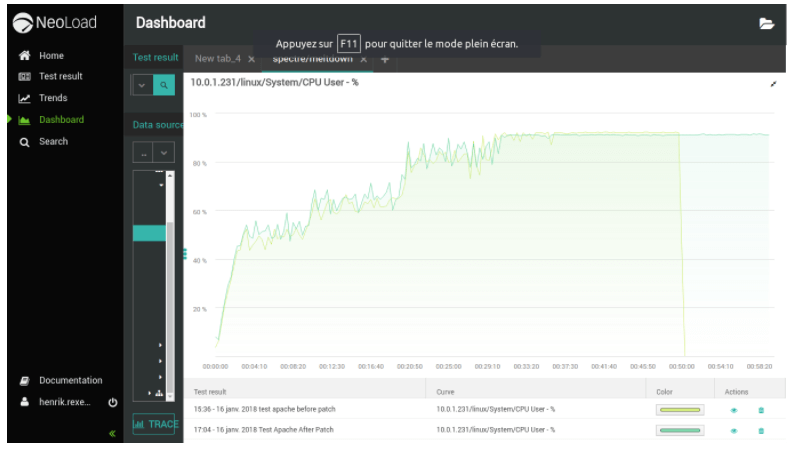 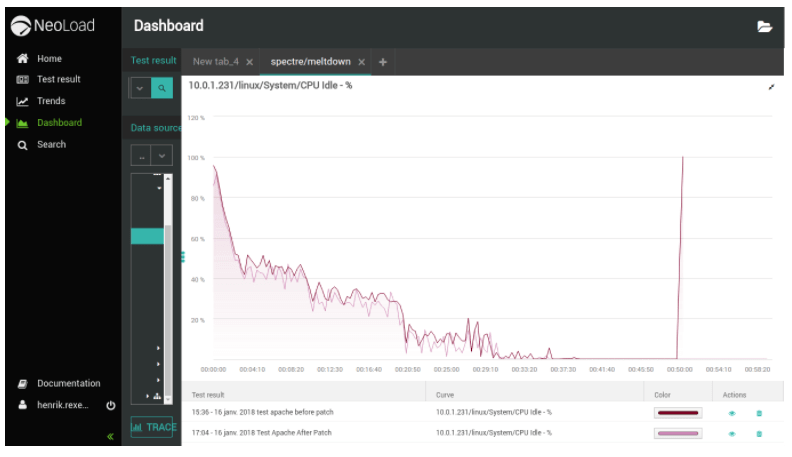 Because of the increase of the CPU System, the server has 15% less CPU availability post-patch deployment.

From the two tests conducted on my server, I was able to see two different behaviors: no impact; a small impact on the CPU and response time. So, it may be disappointing to you in my lack of providing specific test influence specific to the general behavior of this patch on the application. To be clear, the patch could have a negative impact on the behavior of your system depending on:

If you don’t want to jeopardize your production and users, I’d recommend running a load test to measure the impact of the patch on your application. 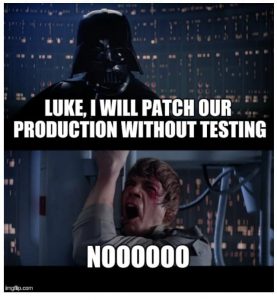