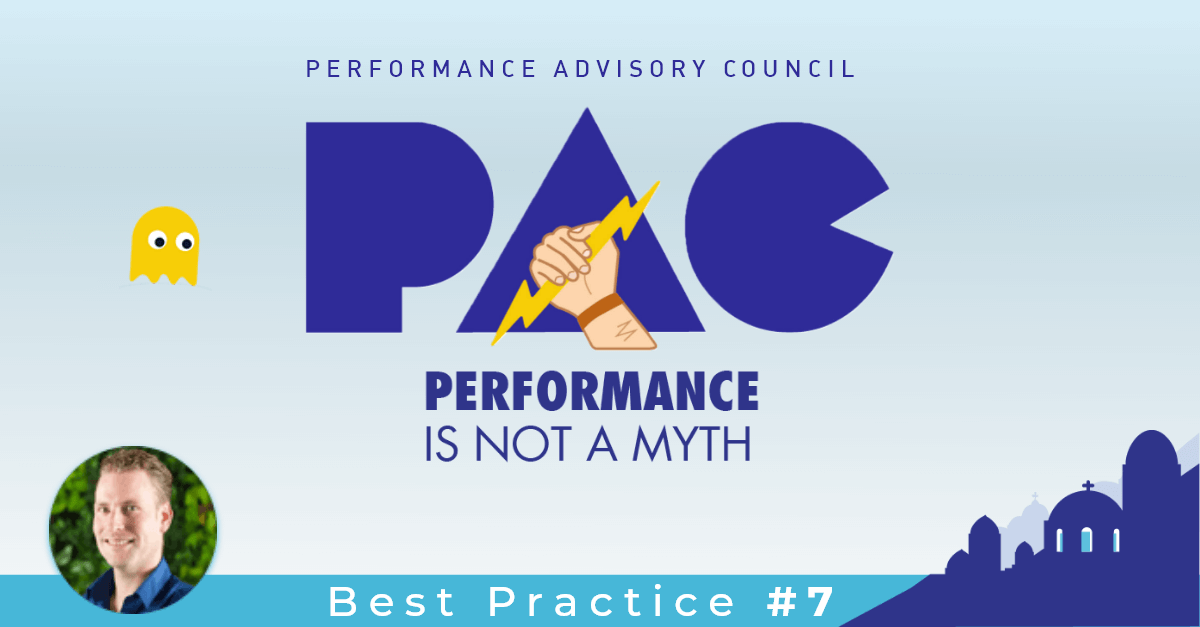 Most performance engineers probably face this a lot. You start talking with a new project lead about the next application to test and they start saying they want their application to be able to handle 2 million users. You say, sure, you mean total registered users, or maybe total daily visits, not concurrent users. But no, they actually mean 2 million concurrent users. It’s for a TV show, when people can actually participate and vote with the app. They expect tens of millions of viewers, and a serious number of viewers are expected to actually participate with the app. Or at least, they want to actually verify that it is at least possible. So, a new challenge is born. Let’s do this, let’s try to actually simulate 2 million concurrent users and, as a bonus, let them all vote within 7 seconds (= up to 300,000 votes per second). And let’s do it with a single controller setup, not “fake it” with multiple controllers at the same time.

Long story short, I’ve run a successful test with 2 million concurrent users using 800 load generators. This test and many other heavy tests (100,000+ virtual users) are the basis of this blog about best practices and recommendations. Running performance tests with these high numbers of virtual users can be a real challenge. If you do not prepare it with care, it’s very likely that you’ll become the bottleneck instead of the tested application. And that would be kind of ironic, that your test setup is the bottleneck of the test and not the application. 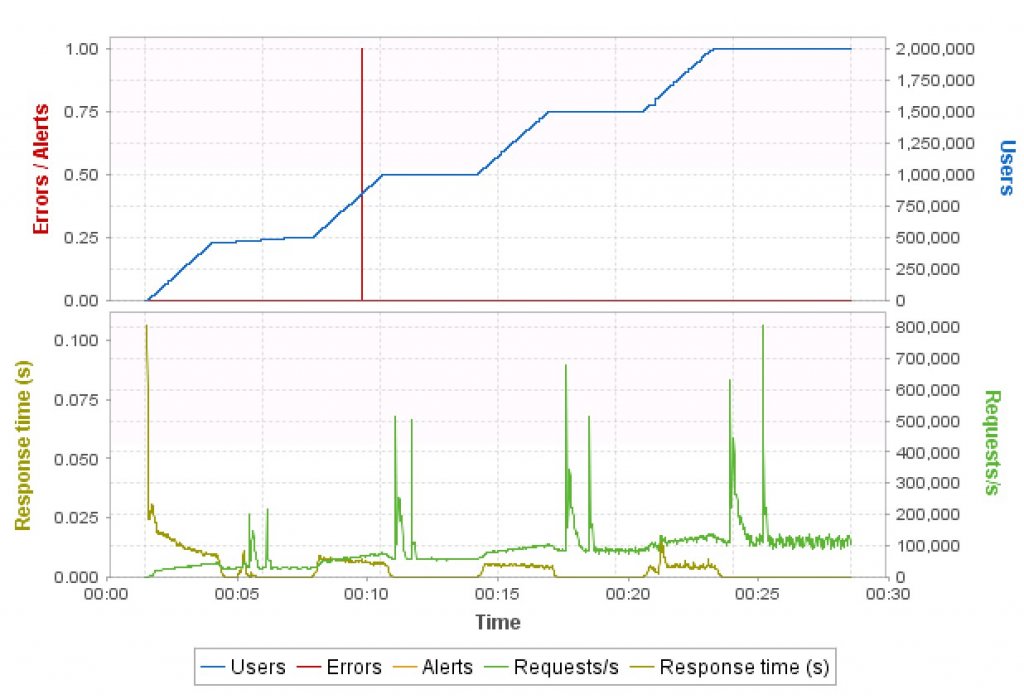 The scripts are a significant part of the used resources of your agents, as they are the core of your test. The goal should be to minimize resource usage. There are a couple of things that you can do to minimize the resource usage within your scripts:

There are some other things that you can do to decrease resources, but I’m not a fan of these, because it cripples the realism of a test. And having a realistic test is the foundation of a proper load test. But here are some actions to consider for reducing system resources:

On the scenario part there’s a lot to be done to decrease resources too. Here are a couple of things you can do:

It’s a good idea to start running a stress test with a single agent against your application and verify the limits of the agent (assuming the application can handle more users). You can see how the agent behaves, how much resources it takes, and at what levels the agent starts to impact the test or results. Things that can happen are unresponsive agents, a crashing agent, and increased response times caused by the agent, not the application. Or you run into threading issues on the agent. The potential performance problems on an agent are numerous and help you tune your agent and eventually know how many virtual users it can safely support. In my experience a maximum number of concurrent virtual users that a single agent can support is usually somewhere between 2,000 and 3,000 depending on tons of things. But for this is a good rule of thumb for ordinary scripts, web applications, think times and 4 CPUs/8 GB memory machine.

Here are a couple of items where you can tune your agent:

For increased realism of the test, it’s important to distribute your agents across different providers. If you would use only a single provider, you will use a single network and a single transit/peer towards the application. For testing streaming services, which are very network heavy, it’s important that you access the client’s network over different peers of their network.

Distributing the agents across geographical locations and cloud providers also helps determine issues from a location (or not). It can happen that response times are increasing only from agents from the same ISP. If you save results independent from the agents, you can verify this.

There are many different cloud providers available where you can rent images for a couple of hours. Some great cloud providers to start tons of agents at once are AWS, Azure, Google and DigitalOcean.

Many commercial load test tools also provide out-of-the-box rentable cloud agents. Use them if you don’t want to go into the necessary time and trouble yourself. They have agents available for you all over the world and are ready in a few clicks. If you want to set it up yourself, use AWS for sure. It has the easiest interface available to start 100+ agents in a minute.

High-volume web applications usually are built upon cloud services. And in most cases those services rely on DNS to load balance the users across regions and servers. When it comes to simulating users, especially at high load, it is very important to “automatically” let the virtual users follow the logic of the DNS load balancing algorithm.

You need to understand how this DNS load balancing works and ensure that your virtual users follow the same behavior as real users (browsers) would do. For example, if you don’t care about proper DNS “simulation,” all your users might end up on the same server and the test is completely unrealistic. So, if during the ramp up and increased load, a new node is added to the application pool and the users or load generators use a cached DNS response, the users won’t end up on the new node.

Here are a couple of measures you can take to improve your DNS resolving logic for your users and load generators:

Java load generators usually default to use the cache during the complete lifetime of the JVM, which means it will always use the cache and all users will always connect to the same IP address. A usual default of 30 seconds is way too long, so set it to 1 second, and you’ll have sufficient queries to your DNS server. It helps if the hostname responds with a random list of IP addresses and the users practically connect randomly to them instead of just one of the random ones.

By installing and using a local DNS server, you can bypass the DNS server of the ISP where your load generators are located. The trick is to override the TTL setting of DNS records to 1 second, preventing the usage of cache of the DNS server and forcing it to renew the records from the origin’s domain. Every update of the DNS record will be known ASAP on your load generators. A usual TTL is 60 seconds for CDN or ELB hostnames. If the CDN or other cloud service updates the DNS records, because it tries to avoid overutilized nodes, or adds nodes to the pool, your DNS server, and so your load generator, and so your virtual users, will connect to the new IP-addresses sooner like in the real world.

Practically all cloud services use the location of your requesting DNS server (so the DNS server of your load generator) to determine the user’s geographical location with the help of IP-location-tables, to respond with a list of IP addresses on which it expects to give the lowest latency to the end user. To kind of fake the location of the virtual users, you can use different DNS servers of different geographical locations on your load generators. There are tons of open DNS servers available listed with their location. This can be important if you need to spread your virtual users more evenly/realistically across edge nodes,etc.

Some services use static hostnames for different regions, or if you have a set of fixed IP-addresses, it could be as simple as directly connecting to those instead of relying on the DNS system. This will work only for static hostnames AND IP addresses.

I hope all these tips, tricks, and recommendations give you a little more guidance on how to set up such a test. It’s possible and if you’re about to test an application with a huge number of concurrent users, don’t take the shortcut to test with fewer users and decrease the think time, or test only parts of the system. Just do it and do it right.