Welcome to the Land of Perftopolis – a land wrought with great turmoil pitting brother against brother to restore the performance balance to the world.

In this world, many companies are using COTS (commercial off-the-shelf-packaged solutions) applications such as SAP, King of Port Real, Capital of Perftopolis. SAP is asking its subjects from all over Perftopolis to adhere to new policies as they move from SAP legacy SAP R3 to Sto more original versioning (S/4 HANA) before 2022. In turn, the Houses of Neotys and Worksoft have declared an alliance to help organizations securing their migration easily and productively.

SAP and Neotys (a new alliance in the North)

While making its way through Perftopolis, Neotys sought to surround itself and partner with the leaders and innovators of the industry. Meanwhile, the House of Worksoft had the advantage of three mighty dragons named: Certify, Capture, and Analyser. These superior beasts made the House of Worksoft the most potent house in the kingdom.

Working with its allies, the House of Neotys set forth with its plan to collaborate with Worksoft house given the much-anticipated S4/Hana with a singular focus – to prevent the world from it and make sure the planet will survive it. 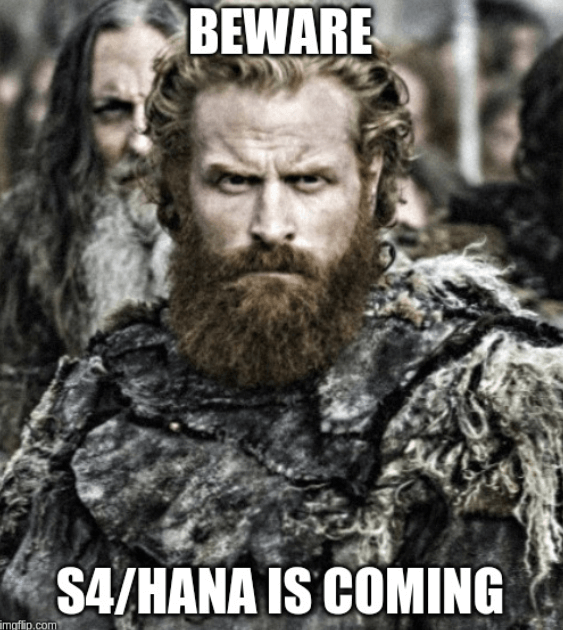 Consequently, the houses of Neotys and Worksoft worked together. With their new bond, the partners quickly became the most powerful alliance in the North.

“We always have been focusing on supporting the latest technology to help organizations transitioning to modern technology. Many houses were asking us to supports the primary COTs system: SAP R3,” said Henrik Rexed from the House of Neotys. “To begin a smooth journey to SAP S4 HANA, we decided to provide the full support of SAP GUI,” Henrik said.

Today, NeoLoad is an SAP-certified software.

The Rise of NeoLoad & Certify

The House of Neotys’ dedicated to collaboration with the best Automated testing solutions in the SAP World (the House of Worksoft, in particular) was making them a formidable power. After a few strategic discussions, the Houses of Neotys and Worksoft quickly understood the value of their combined offered on prospects and customers alike. “We had a solution that would not only support SAP system migrations but fulfill King Performa’s decree,” proclaimed Henrik Rexed from Neotys.

It was clear that a collaboration providing an integrated functional and performance testing plug-in with Certify would restore order in Perftopolis.

Back in November 2018, the two entities started to collaborate on a plug-in integration with Certify promising prioritizing time savings.

As of March 2019, the integration was fully completed. The business processes and automation defined in the House of Worksoft’s Certify are now automatically converted into load testing assets in NeoLoad, the famed army of the House of Neotys.

What does this mean?

No human interaction is needed to translate the Certify business process into NeoLoad. Furthermore, the teamwork between the two powers easily converts functional tests to NeoLoad performance tests. When the NeoLoad scenario is correlated, it automatically updates the performance script as changes are made to the Certify business process. This minimizes the new version scenario maintenance time. The plug-in enables functional testing into load testing while saving up to 97% of maintenance time.

As it came into power, the alliance of the Houses of Neotys and Worksoft made them the Kings of the North.

A House in Order

As of today, the combined household represents a strong partnership. Work continues to be done, but especially as the families evangelize their new standard solution in talks and celebrations like the House of Worksoft Banquet entitled, “The Transform Celebration,” and the House of Neotys’ Partner Event in Port Real (Portugal). Other gatherings between the two include House of Neotys events such as “Ramp Up” and select “DSAG” dinners.

The integration between NeoLoad and Certify is the best solution for the fast-approaching SAP migration requirement. NeoLoad is a rapid load testing platform, and Worksoft Certify is the most relevant solution for SAP. With the two working together, your SAP testing will never be the same.

Here’s a summary of what the plug-in will provide:

It will support simple web and mobile applications as well as all your critical ERP systems like SAP, Oracle, Siebel, Manhattan, and other COTS enterprise products.